New Study on Current and Former Vegetarians and Vegans

I had the opportunity to discuss the fascinating new report that was released by Faunalytics last week about current and former vegetarians and vegans on KFI AM 640 yesterday with Mark Thompson and Elizabeth Espinosa. You can listen to the interview here: JH on KFI

And here is more info on this important study:

Here is the report.
Here is the infographic based on their data (the picture shown here which you can see in full detail).
Here is an article by Psychology Today about this study.

Interestingly, a 2012 Gallup poll found that 5% of U.S. adults are vegetarians and 2% are vegans: http://bit.ly/1yBOeOk

My recommendations to reduce recidivism (giving up) in vegans and vegetarians:

1. Transition incrementally if you are considering going veg and haven’t yet. One step, one meal, one bite at a time.

2. Build and nourish a solid support system. Engage the veg community by becoming members of organizations, local meet-ups, events, lectures, conferences, social media networks (like here on pages like mine and other veg groups), and spend time with likeminded people.

3. Consistently educate your self on veganism…learn about the health benefits, but also the other crucial benefits towards animals, the planet, and society. Read books, watch movies…there is so much information out there now. Indulge and make it a priority. Knowledge is power. 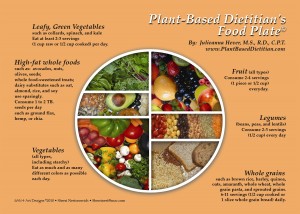 4. Stay healthy. Minimize junk vegan foods and focus on whole food, plant-based foods. Eat according to my pyramid and plate and emphasize foods in my notable nutrient chart:
Pyramid and Plate: http://bit.ly/177tOQz
Notable Nutrient Sources Chart: http://bit.ly/1pmm0xZ
And make sure to have a reliable source of vitamin B12: http://bit.ly/1f9ebMP

5. Don’t be so hard on yourself or aim for perfection. There is no such thing as perfect and having the all-or-nothing approach is stressful and not amenable to sustainability. Ride it out for the long run and be compassionate to yourself. Enjoy the journey…