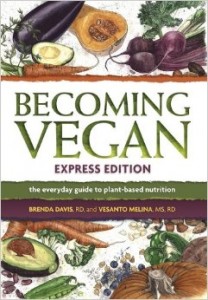 If you are Vegan or have ever researched being so, you will know well the breadth and depth of influence Brenda Davis and Vesanto Melina have had on nutrition, health, and Veganism. I am honored to share a section of their brand new book, Becoming Vegan Express Edition. This guest post is on a topic many people ask about often…and this is a detailed, evidence-based response to the question about whether coconut oil is healthful or harmful…. 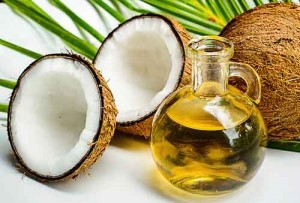 Few foods have been at once as maligned and acclaimed as coconut oil. Because it’s the most concentrated source of saturated fat in the food supply—even higher than lard or butter—some view it as a notorious health villain. Not surprisingly, it rests atop the “avoid” column of mainstream healthy-heart-food lists.

Based on the available science, coconut oil is neither a menace nor a miracle food. Coconut oil should be regarded like any other oil: a concentrated food that provides a lot of calories with limited nutrients. It’s okay to use some high-quality coconut oil when preparing special-occasion treats, but as with other oils, its use should be minimized. On the other hand, whole coconut should be treated in much the same way as other high-fat plant foods—enjoyed primarily as a whole food. As such, it’s loaded with fiber, vitamin E, and healthful phytochemicals, and has powerful antimicrobial properties.

The relative health effects of coconut oil consumption remain somewhat uncertain. Some people believe that eating coconut oil does no harm because it’s cholesterol-free; others claim it’s harmful because it lacks essential fatty acids. But we can’t ignore the fact that in many parts of the world where coconut and coconut oil are the principal sources of dietary fat, the rates of chronic disease, including CAD, are low. There is one major caveat: the benefits seem to apply only when coconut products are consumed as part of a diet rich in high-fiber plant foods and lacking processed foods.

The people of the Marshall Islands provide a poignant example. The traditional Marshallese diet employed a wide variety of coconut products, which furnished an estimated 50 to 60 percent of total calories. Seventy years ago, when this diet was standard fare, diabetes was pretty much unheard of. When their indigenous diet gave way to a Western-style diet of processed foods and fatty animal products, diabetes rates escalated even though coconut products continued to be featured prominently in the diet.

Coconut oil is so often blacklisted by health-care providers mainly because approximately 87 percent of its fat is saturated. Many people imagine saturated fat as a single tyrant that clogs arteries, but different types of saturated fats exist. They contain fatty acid chains whose lengths contain from 4 to 30 carbon atoms. Depending on the length of the carbon chain, these fatty acids have very different effects on blood cholesterol levels and on health.

Well, not exactly. The predominant fatty acid, lauric acid, does raise total cholesterol, but it appears to raise HDL cholesterol to an even greater extent than LDL cholesterol, favorably altering the ratio of HDL to total cholesterol. In addition, lauric acid is converted in the body into monolaurin, a powerful antiviral, antifungal, and antiseptic compound—and coconut oil is among the richest food sources of lauric acid. There’s also evidence that coconut products have anti-inflammatory and antioxidant activity. However, the compounds responsible (which include a variety of phytochemicals, such as phenolic acids) are largely eliminated when coconut oil is refined. 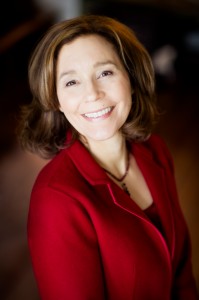 Brenda Davis is a leader in her field, an esteemed speaker, a member of the Vegetarian Hall of Fame, and a past chairperson of the Vegetarian Nutrition Dietetic Practice Group of the Academy of Nutrition and Dietetics (formerly the American Dietetic Association). She lives in Kelowna, British Columbia, with her husband, Paul. 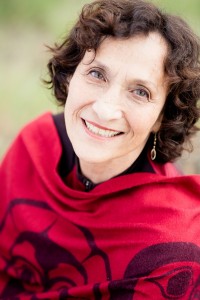 Vesanto Melina is a sought-after speaker and consultant; she has taught nutrition at the University of British Columbia and Bastyr University in Seattle and is consultant to the government of B. C. She coauthored the joint position paper on vegetarian diets for the American Dietetic Association and Dietitians of Canada. She lives in Langley, BC with her partner Cam Doré.

They are the coauthors of  13 books, 6 jointly.