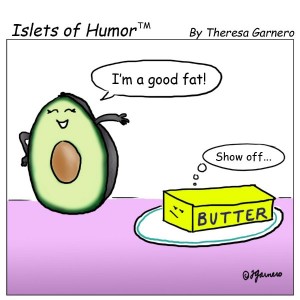 Butter is back in the news, but contrary to welcomed reassurance that saturated fats are safe, the media mayhem is due to jumped conclusions and misinterpreted results! Not to worry…nutrition gurus Brenda Davis and Vesanto Melina have cracked the code and clarified the insider scoop in this excellent investigative report below, which is adapted from their brand new nutrition bible, Becoming Vegan: Comprehensive Edition. Rarely does a book reach epic encyclopedic status, covering all topics relating to nutrition and health. But this new book is the be-all, end-all of resources and should be required reading in every person, from vegan to omnivore, and everything in between. I am honored to host a giveaway here…learn more about these pioneering authors/dietitians/game-changers and enter to win a FREE copy of this brilliant masterpiece following the article below… 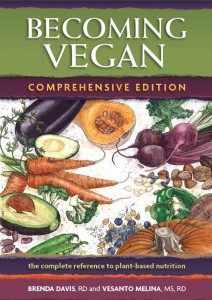 The longstanding view that saturated fats are “bad” has recently come under fire. At the core of the controversy are studies suggesting that saturated fat may not increase risk of heart disease.1-3  Two key reports sent shock waves throughout the scientific community. The first was a 2010 meta-analysis of twenty-one studies by Siri-Tarino and colleagues, which investigated the relationship between saturated fat intake and CVD in almost 350,000 people.2 The second was a 2014 meta-analysis of seventy-six studies by Chowdhury and colleagues, which involved more than 510,000 people.3 Contradicting decades of national and international dietary recommendations, no clear association between saturated fat intake and these diseases was found. A media frenzy ensued, leading consumers to believe that saturated fat had been vindicated and that beef, butter, bacon, and brie could be eaten with abandon.

Why did these large meta-analyses show no significant relationship between saturated fat and heart disease? First, many of the studies included in these meta-analyses compared similar populations that ate Western-style diets high in both fat and saturated fat (studies that examine a more diverse range of saturated fat intakes tend to show more significant disparity in disease risk); even the lowest intakes of saturated fat were above recommended intakes. Second, many of the studies used in these analyses relied on a single twenty-four-hour recall to determine dietary intakes; this method isn’t reliable for ascertaining long-term dietary patterns. Third, several of the studies were adjusted for serum cholesterol levels. Because serum cholesterol concentrations increase with higher intakes of saturated fat, controlling for this variable obscures the results.

Since the mid-1990s, thirteen meta-analyses and scientific reviews have examined the relationship between saturated fats and CVD.1-13 Of these studies, ten reported that saturated fat increased CVD risk.4–13 In 2010, the US Department of Agriculture Dietary Guidelines Advisory Committee summarized the evidence regarding the effects of saturated fat intake on risk of CVD and type 2 diabetes. They concluded that evidence supporting saturated fats’ harmful effects is very high, and that replacing just 5 percent of saturated fats in a diet with polyunsaturated fats will decrease risk for CVD and type 2 diabetes and improve insulin response.14 A 2011 consensus statement from an expert panel (convened to review the evidence regarding saturated fat and CVD) came to the following conclusion: “The evidence from epidemiological, clinical, and mechanistic studies is consistent in finding that the risk of coronary heart disease is reduced when saturated fatty acids (SFA) are replaced with polyunsaturated fatty acids (PUFA). In populations who consume a Western diet, the replacement of 1 percent of the energy from SFA with PUFA lowers LDL cholesterol and is likely to produce a reduction in coronary heart disease incidence of ≥ 2 to 3 percent.”15 (It’s interesting to note that two of the coauthors of the Siri-Tarino meta-analysis were among the experts on this panel.) A 2012 Cochrane review reported that reducing saturated fat lowered the risk of cardiovascular events by 14 percent.5 Finally, in 2014, the American College of Cardiology/ American Heart Association Lifestyle Management Guidelines were released suggesting a dietary pattern that limits saturated fat to 5 to 6 percent of calories. This recommendation was supported by their highest level of evidence.16

Clearly, the media don’t always tell the whole story. In the case of the Siri-Tarino analyses, the media reported that saturated fat had been vindicated. In fact, the study showed that when saturated fat is replaced by trans-fatty acids or refined carbohydrates, there’s no improvement in cardiovascular risk—and, in the case of trans-fatty acids, risk is significantly heightened.

We asked Dr. Francesca Crowe, one of the coauthors of the 2014 Chowdhury meta-analysis, about the weight of the evidence concerning saturated fat and CVD risk. She responded, “The best available evidence (from randomized controlled trials) shows that saturated fat intake affects blood cholesterol levels, which is an important risk factor for heart disease. Therefore, current guidelines should still recommend that people minimize their intake of saturated fat.”21 Dr. Martijn Katan, leading expert on CVD and diet agrees: “The fact that saturated fat raises cholesterol is beyond doubt. That has been shown in hundreds of trials that fed people different types of fat.” The take-home message remains the same as it was thirty years ago: Western-style diets rich in animal products and processed foods increase CVD risk, while diets based on high-fiber, whole plant foods (such as vegetables, legumes, fruits, whole grains, nuts, and seeds) are protective. 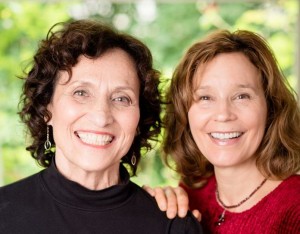 Brenda Davis is a leader in her field, an esteemed, popular speaker, a member of the Vegetarian Hall of Fame, and a past chairperson of the Vegetarian Nutrition Dietetic Practice Group of the Academy of Nutrition and Dietetics (formerly the American Dietetic Association). She lives in Kelowna, British Columbia, with her husband, Paul.

Vesanto Melina is a sought-after speaker and consultant; she has taught nutrition at the University of British Columbia and Bastyr University in Seattle and is consultant to the government of B. C. She coauthored the joint position paper on vegetarian diets for the American Dietetic Association and Dietitians of Canada. She lives in Langley, BC with her partner Cam Doré.

They are the coauthors of 14 books, 7 jointly.

13. Truswell AS. “Review of dietary intervention studies: effect on coronary events and on total mortality”. Australian and New Zealand Journal of Medicine. 1994;24(1): 98–106.