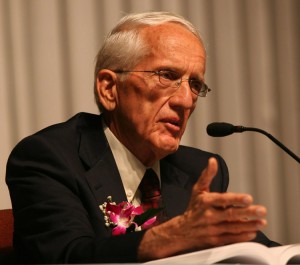 In Whole, Dr. T. Colin Campbell, the “Father of Modern Nutrition,” written with Dr. Howard Jacobson, defines a super-paradigm that elucidates a philosophy—wholism—which medicine needs to aspire to in order to attain an enlightened solution. Whole is a masterpiece of intellectual triangulation, outlining the past, the present, and the critical next steps in the future of biochemistry, human nutrition, and healthcare. This book is going to unleash a health revolution. 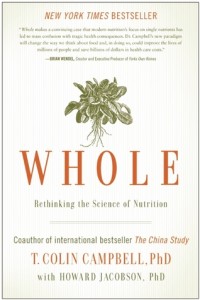 “Virtually all of us, professionals and laypeople alike, talk about nutrition, study nutrition, sell nutrition, and practice nutrition in reference to specific nutrients and, oftentimes, to specific quantities. We fixate on the amounts. Vitamins. Minerals. Fatty acids. And of course, the biggest obsession of them all: calories.

We’ve seen where this obsession comes from, and it’s easy enough to understand. After all, most people want to be healthy and feel good, and we’re taught that our health partially depends on getting the precisely right amount of these things into our bodies. So whether it’s the obsessive calorie counting of Weight Watchers or the 40/40/30 absurdity of the Zone diet, we believe that the more accurately we track our inputs, the more control we have over the output: our health.

Unfortunately, that just isn’t true. Nutrition is not a mathematical equation, in which two plus two is four. The food we put in our mouths doesn’t control our nutrition— not entirely. What our bodies do with that food does.

Wrench #1: The Wisdom of Our Bodies

Are you sitting down? Because I need to explain something that almost no one acknowledges about nutrition: there is almost no direct relationship between the amount of a nutrient consumed at a meal and the amount that actually reaches its main site of action in the body—what is called its bioavailability. If, for example, I consume 100 milligrams of vitamin C at one meal, and 500 milligrams at a second meal, this does not mean that the second meal leads to five times as much vitamin C reaching the tissue where it works.

Does this sound like bad news? To reductionists, it certainly does. It means that we can never know exactly how much of a nutrient to ingest, because we can’t predict how much of it will be utilized. Uncertainty: a reductionist’s worst nightmare!

Actually, this is very good news. The reason we can’t predict how much of a nutrient will be absorbed and utilized by the body is that, within limits, it depends on what the body needs at that moment. Isn’t that amazing? In more scientific language, the proportion of a nutrient that is digested, absorbed, and provided to various tissues and the cells in those tissues is mostly dependent on the body’s need for that nutrient at that moment in time. This need is constantly “sensed” by the body and controlled by a variety of mechanisms that operate at various stages of the “pathway,” from nutrient ingestion to nutrient utilization. The body reigns supreme in choosing which nutrients it uses and which it discards unmetabolized. The pathway taken by a nutrient often branches, and branches further, and branches further again, leading the nutrient through a maze of reactions that is far more complex and unpredictable than the simple linear model of reductionism would suggest.

The proportion of ingested beta-carotene (beta-carotene) that is actually converted into its most common metabolite, retinol (vitamin A), can vary as much as eight-fold. The amount converted also decreases with increasing doses of beta-carotene, thus keeping the absolute amounts that are absorbed about the same. The percentage of calcium absorbed can vary by at least two-fold; the higher the calcium intake, the lower the proportion absorbed into the blood, ensuring adequate calcium for the body and no more. Iron bioavailability can vary anywhere from three-fold to as much as nineteen-fold. The same holds true for virtually every nutrient and related chemical. 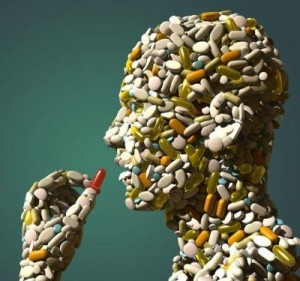 In brief, the relationship between amount consumed and amount used for virtually all nutrients is not a linear relationship. Although many professionals know this, few fully appreciate the significance of this complexity. It means nutrient databases are not nearly as useful as one might think. It also means reductionist supplementation with large doses of discrete nutrients does not guarantee the utilization of those nutrients. (In fact, our digestive processes are so complex and dynamic that super-dosing with a single nutrient all but guarantees an imbalance of some other nutrients, as we’ll see in Wrench #3 below.)

Wrench #2: The Variability of Foods 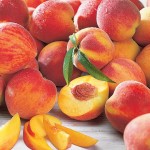 Not knowing how much of a given nutrient will be used by the body is only part of our uncertainty. The nutrient content of the foods we eat themselves varies far more than most of us realize. Look at the research just on one antioxidant vitamin, beta-carotene (and/or its related carotenoids). Beta-carotene content in different samples of the same food is known to vary three- to nineteen-fold, although it may be up to forty-fold or more, as was reported for peaches. That’s right—you could hold a peach in each hand, and the one in your right hand could easily contain forty times more beta-carotene than the one in your left, depending on things like season, soil, storage, processing, and even the original location of the fruit on the tree. And beta-carotene is far from the only example. The “relatively stable” calcium content of four kinds of cooked mature beans (black, kidney, navy, pinto) ranges 2.7-fold—from 46 to 126 mg—per cup.

This variation in food nutrient content, and the variation in nutrient absorption and utilization by the body, compound each other. A simple exercise might help to make the point. Suppose the amount of beta-carotene in a carrot varies about four-fold, and the amount of this uncertain proportion that is then absorbed across the intestinal wall into the bloodstream varies another two-fold. This means that the amount of beta-carotene theoretically delivered to the bloodstream from any given carrot on any given day might range as much as eight-fold.

These are huge but uncertain variations, and whether these ranges are two- or forty-fold, the ultimate message is the same: With the consumption of any particular food at any particular moment, we cannot know with any precision how much of any nutrient is actually available to our bodies, or how much our bodies actually use.

Wrench #3: The Complexity of Nutrient Interactions 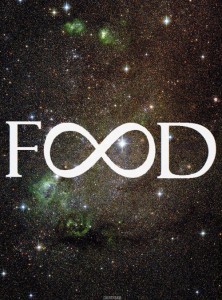 But wait—there’s more uncertainty! You may be surprised to learn that the three nutrients mentioned above can modify one another’s activities. Calcium decreases iron bioavailability by as much as 400 percent, while carotenoids (like beta-carotene) increase iron absorption by as much as 300 percent. Theoretically, in comparing a high-calcium, low-carotenoid diet with a low-calcium, high-carotenoid diet, we might see an 800–1,200 percent difference in iron absorption. But even if this theoretical variation were only 100–200 percent, this is still huge; for some nutrients, tissue concentrations varying by more than 10–20 percent can mean serious bad news.

Interactions among individual nutrients in food are substantial and dynamic—and have major practical implications. An outstanding review by researchers Karen Kubena and David McMurray at Texas A&M University summarized the published effects of a large number of nutrients on the exceptionally complex immune system.6 Nutrient pairs that were found to influence each other and in turn, to influence components of the immune system include vitamin E–selenium, vitamin E–vitamin C, vitamin E–vitamin A, and vitamin A–vitamin D. The mineral magnesium influences the effects of iron, manganese, vitamin E, potassium, calcium, phosphorus, and sodium, and through them the activities of hundreds of enzymes that process them; copper interacts with iron, zinc, molybdenum, and selenium to affect the immune system; dietary protein exerts different effects on zinc; and vitamin A and dietary fat affect each other’s ability to influence the development of experimentally created cancer.

Even closely related chemicals within the same chemical class can greatly influence each other. For example, various fatty acids affect the immune system activities of other fatty acids. The effect of polyunsaturated fats (found in plant oils) on breast cancer, for example, is greatly modified by the amount of total and saturated fat in the diet.

The fact that magnesium has already been shown to be an essential part of the function of more than 300 enzymes speaks volumes about the possibilities for the almost unlimited nutrient interactions. The effects of these interactions on drug-metabolizing enzymes and on the immune system also apply to other complex systems, such as the hormonal, acid–base balance, and neurological systems.7

The evidence cited here represents only an infinitesimally small fraction of the total number of interactions operating every moment in our bodies. Clearly, the common belief that we can investigate the effects of a single nutrient or drug unmindful of the potential modification by other chemical factors is foolhardy. This evidence should also make us extremely hesitant to “mega-dose” on nutrients isolated from whole foods. Our bodies have evolved to eat whole foods, and can therefore deal with the combinations and interactions of nutrients contained in those foods. Give a body 10,000 mg of vitamin C, however, and all bets are off.”

And this excerpt is only the beginning!!!

Thank you to all those who participated in the contest and congratulations to the winners of the FREE copies of the book: a Rafflecopter giveaway 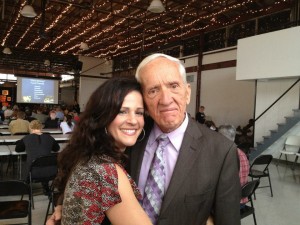 For over fifty years, T. Colin Campbell, PhD, has been at the forefront of nutrition research, authoring more than 300 professional research papers. His legacy, The China Study, coauthored with his son, Thomas Campbell, II, MD, has been a continuous international bestseller since its publication in 2005. He holds the position of Jacob Gould Schurman Professor Emeritus of Nutritional Biochemistry at Cornell University, has coauthored several expert health- and food-policy reports, and has lectured extensively worldwide on resolving the healthcare crisis through the little known but remarkable effects of nutrition. He has founded a unique and highly successful set of online courses on plant-based nutrition as a partnership between the T. Colin Campbell Foundation and Cornell University’s online subsidiary, eCornell. Dr. T. Colin Campbell will be blogging at www.wholevana.com and participating with his sons in an effort to launch a grassroots health revolution. Together, they are launching a program intended to bring the empowering message of plant-based nutrition to individuals, worksites, and communities everywhere. 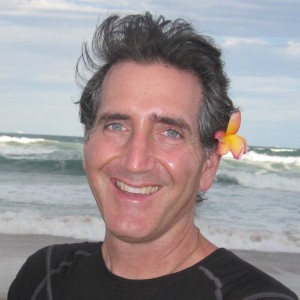 Howard Jacobson, PhD, is an online marketing consultant, health educator, and ecological gardener from Durham, North Carolina. He earned a Masters of Public Health and a Doctor of Health Studies from Temple University, and a BA in History from Princeton. Howard runs an online marketing agency and is the author of Google AdWords for Dummies. He speaks, coaches, and consults on individual health and planetary sustainability and can be reached at howard@permanator.com.